Thirty years ago, Harper’s Bazaar served us one of the most truly iconic covers in all of fashion magazine history. (Has it really been thirty years?!) Since then, they’ve become more bizarre over time, and proved it yet again by putting out this list of “icons” for their September issue. This was me after glancing at the pics:

Bitch, please times a thousand. I may be an old and don’t bother to keep up with who’s supposedly “hot” among today’s Young Hollywood set, but shouldn’t a true icon be actually recognizable right off the bat, not making me pull a Mariah when I see their pic? And where are the damn names to those images that’s giving me 90s Spiegel Catalog but extra dreary so I can at least see who the hell is who?

–the hot pants on the one true mononymous Kylie

What Bazaar should have done was put Angelyne or a McRib (or Angelyne eating a McRib) on their “Icons” issue cover, and it would’ve made a million times more sense because at least I (and anyone else with good taste) would know who that is! Once again, Bazaar had one job, and they flopped. 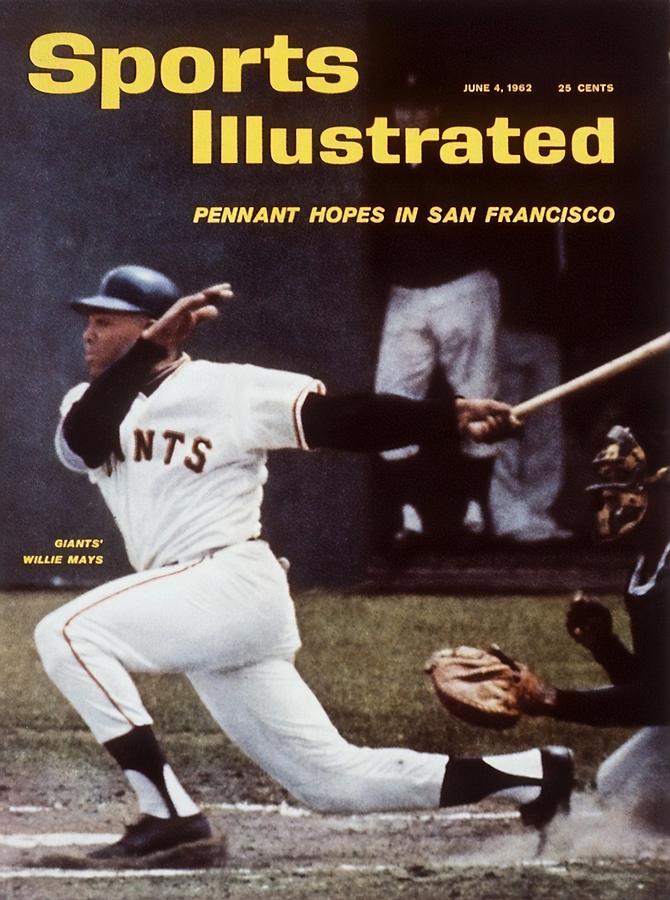 Because I need to cleanse my eyes and soul after both were subjected to the awfulness that is life in 2022, here are old-school (it’s old-school to Gen Z since these pics came from when Gen Z were gleams in the eyes of their parents; meanwhile, I was in high school when those covers came out so yes I’m an old) captures of two of my favorite hotties, who went up to my then-straight sexuality and declared “you straight no mo’, honey'”, who also share a birthday today, Penelope Cruz and Jessica Alba! If you can hear a loud-ass whirr right now, that’s the fan I turned on and set on the highest setting because I need to cool mahself down after seeing those pics. (Side note: every Maxim cover and layout back then really deserved many Photoshop Awards. They airbrushed the hell out of those women, which, in J-Alba’s case, was simply not necessary.)

While other so-called “fashion magazines” are either killing off their print editions (while giving dead-eyed husks a cover), or putting an NFT of a tone-deaf, selfish-defining, substance-exempt piece of irrelevance on their covers, here comes Black Fashion Fair to serve glamour and fashun to my glamour-and-fashun-starved self. I had to check the date of those publications because I am not used to seeing such proper style from recent years, let alone from 2022. You could show me that cover and I’d think that came from the mid-90s, not from this tragic decade. Look at that–no drowsy eyes, the models don’t look awfully airbrushed, and not a hint of irony anywhere (unlike having a plastic surgery mess photoshopped to the hilt on a “Body Issue”). The other covers are stylin’ too! It goes to show that maybe there are still some true artists in the bleak AF fashion world who aren’t driven by online clicks or that nonsense. But it’s also a damn shame that the mainstream “fashion mags” would rather showcase wannabe A-listers who supposedly get online clicks in an attempt to sell covers instead of what they’re supposed to feature this whole time: fashion.

I’d buy a copy of BFF, but not only is the issue worth the same hourly price to solicit a former Teen Mom-turned-hooker (OK, the mag is worth way more than that), all copies of its first edition are sold out. Your move, other fashion mags!

This week’s Throwback Thursday is brought to you by this vintage Essence cover from the mid-90s that has also fulfilled my sudden craving for vintage hot mens. (Well, somewhat fulfilled–I can be insatiable in this category.) How odd that mid-90s mag covers proudly showed shirtless panty-creamers with muscles, delectably glistened skin, and nips in your face, whereas nowadays a Vanity Fair cover with Michael B Jordan almost drowning is supposed to bring the hotness. (It didn’t, which is a hard feat to accomplish when someone like MBJ is involved!) That’s reason #549 why I favor old school mag covers over the newer ones.

Siren call: Christy Turlington for W (when W was not a waste of paper like it is today), January 1995. Happiest of birthdays to one of my favorite beauties today!

And I wonder who’s on Louise’s hate list…And who’s Louise?! 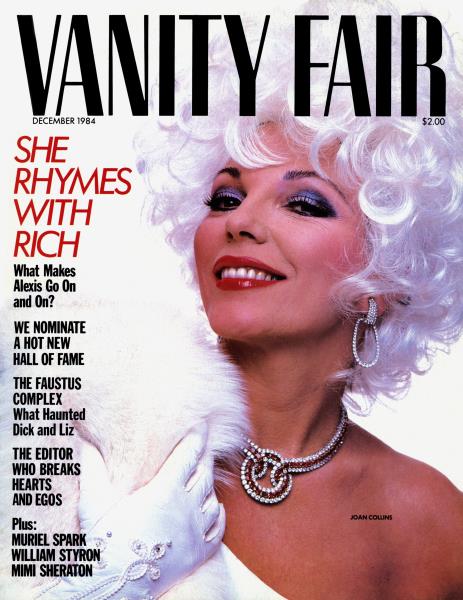 Dame Joan Collins on Vanity Fair, December 1984, photographed by Herb Ritts. Gee, I wonder what that word could be. Fun fact: just a year ago, she stripped out of her high-end furs and couture outfits for Playboy at 50 years old (!).

I have this issue (of course), and if you want to know one definition of blasphemy, there is not a single picture of Joan inside save for the cover credit. VF’s Hall of Fame that year featured future international disgrace Orange Hitler, but they couldn’t publish more glamma shots of Alexis going on and on?! Boooooo! 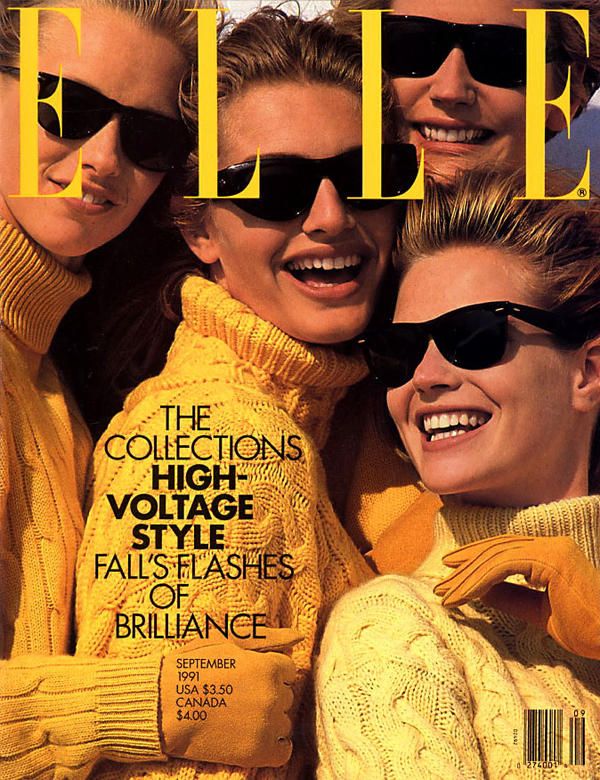 Various blonde models on US Elle magazine, September 1991. I have this now-30-year-old issue in my collection! And obligatory: models and fashion nowadays don’t look this lively!

It’s a new month yet again, and once upon a time in the world of fashion magazines, way before they became run down by excessive use of actresses, reality show trash heaps, and girls of nepotism, September was seen as its most important month. The likes of Vogue, Elle, W, and Bazaar released their “Fall Fashion Issue” that were thick as a Big Mac, and the model who graced the cover of that issue was seen as the face of fashion that season. Because the so-called fashion mags these days bore (and sometime annoy, depending on who gets the cover) the fuck out of me, I look back at a few of my favorite September covers to not only properly serve me FASHUN, but to remind me of how great fashion mags once were. And if you notice a 90s bias, I’m not apologizing for it!

Linda Evangelista on US Harper’s Bazaar, September 1992. That was THE cover that resurrected Bazaar from middling mediocrity (see their covers before this one, and you’ll know what I mean) and positioned them to be another stylish rival to the giant that was Vogue. I have many issues of both Bazaar and Vogue from the 90s, and while Vogue had the clout and most of the top photographers, I felt like Bazaar was more palatable compared to Vogue, from its unique storytelling in their editorials to the mesmerizing typography, designed by the great Fabien Baron. 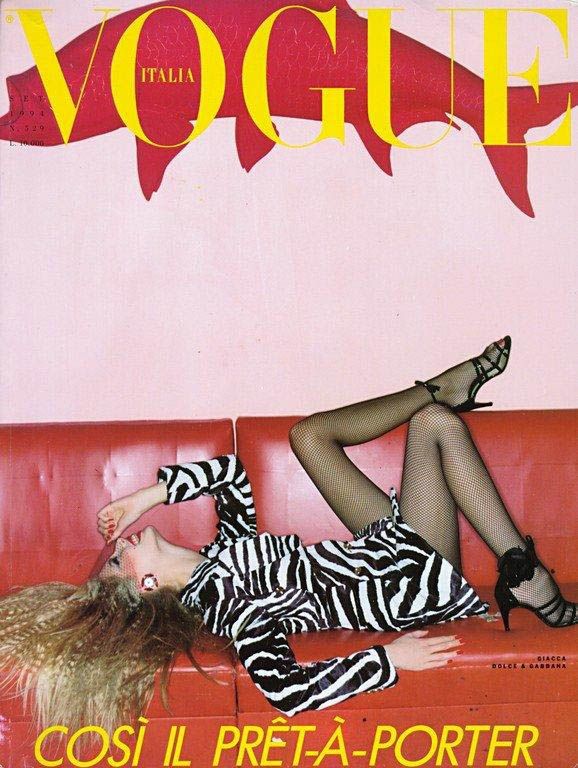 Kirsty Hume on Vogue Italia, September 1994. Leave it to the foreign fashion mags to show its US counterparts how to really serve a cover. Vogue Italia (aka Italian Vogue) was that stylish bitch back in the day. Fall 1994 fashion was all about wild, disco-inspired glamour, the antithesis of all those dreary, grunge looks from the previous year, and this cover (along with Bazaar’s infamous September cover that same year) captured the mood of the moment brilliantly. Photographed by the legendary Steven Meisel, the cover is giving me Helmut Newton/Guy Bourdin vibes. Adore!

Kate Moss and her brother Nick on US W magazine, September 1995. This is brilliant because of one thing: dude in a kilt on the cover of a fashion mag. 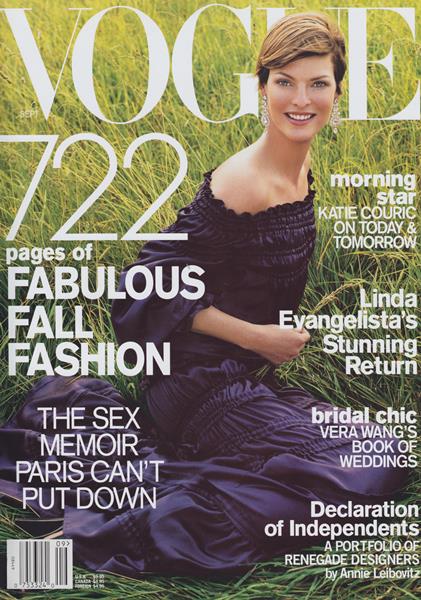 Linda Evangelista on US Vogue, September 2001. This issue is now 20 years old?! I remember buying two copies of this because I was sooooo excited over the return of Queen Linda. I didn’t even know of her comeback until I saw it on the newsstands. (What social media? This was 2001, kiddos.) Easily my second-favorite Vogue cover of 2001 (with the cover of topless Penelope Cruz still tops).

No April Fools joke–that April 2021 cover of UK Vogue is giving me LIFE. (There are three other covers for their April issue, all of them equally vibrant.) That’s the magic of Meisel, who shot the covers and is giving me 1960s-era Avedon vibes with the image. Also, OMG a smiling woman with life in her eyes on the cover! Bored faces and drowsy eyes be damned! Why US Vogue isn’t fashun as their UK sister is not a mystery: that out-of-touch fossil Anna Wintour is still its cryptkeeper-in-chief.

It’s also the start of the baseball season and National Poetry Month. I’d post a baseball poem, but they all bored me and these lines from the OG Queen of Quip Dorothy Parker was hard to pass up. 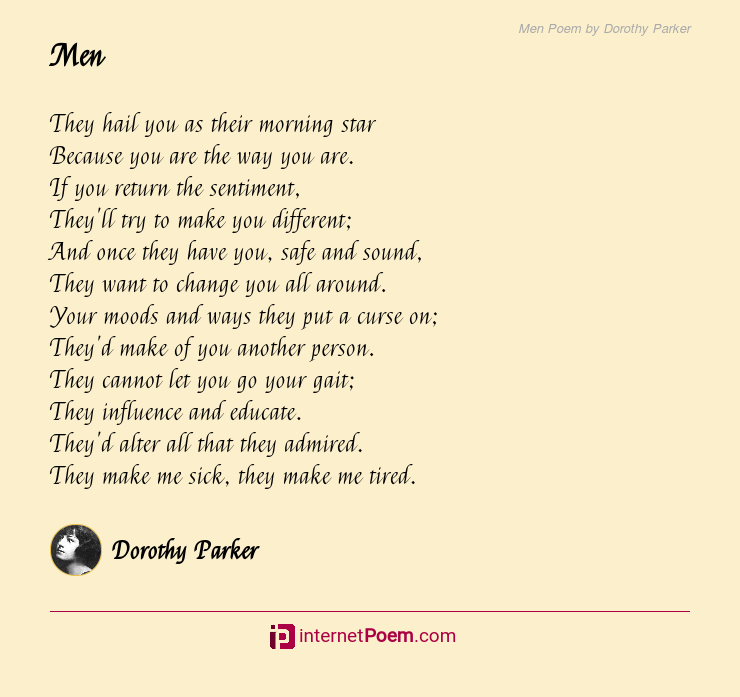 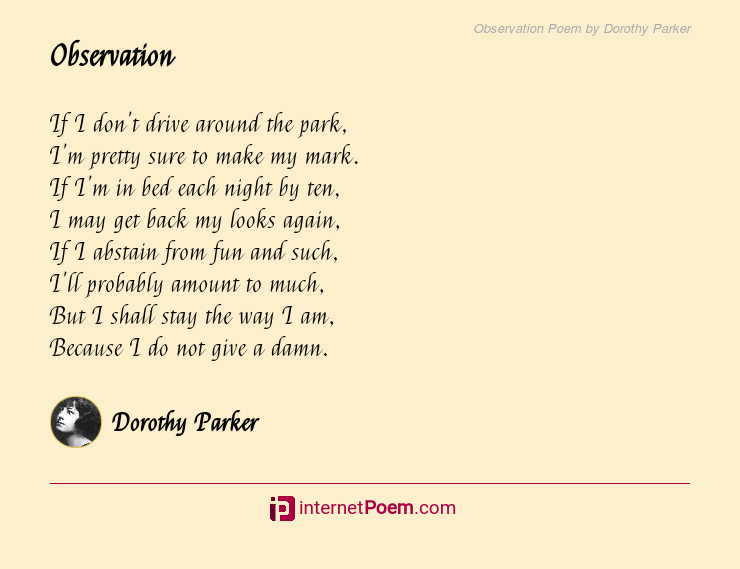