Badass glamour has sadly gone to heaven with the passing of legendary fashion designer Thierry Mugler today (seen above with drag queen Violet Chachki). Now he’ll be trading bitchy bon mots with Andre Leon Talley and designing Betty White’s dress for her third 100th birthday gala up in the heavens.

For those who aren’t familiar with Mugler’s work, first off, shame on you! Second, watch these clips and prepare yourself for an onslaught of sex alien high-heeled waist-cinched FASHUN eleganza that could turn all the leggings and frayed-up skinny jeans at Macy’s into a meager pile of basic rubble.

Though this version of George Michael’s “Too Funky” video is the one all of us know, this vid is Mugler’s nipple-raising director’s cut.

And, of course, I cannot forget his cheeky appearance in Robert Altman’s Ready To Wear Pret-a-Porter!

“It’s all about getting a great fuck, honey” (on his sartorial works of art). Maybe I should make that my epitaph.

The first black actor to win a Best Actor Oscar and be a major box-office draw. The undeniable talent and handsomeness. That bitchslap felt ’round the world! The Defiant Ones, A Raisin In The Sun, Lillies Of The Field, Guess Who’s Coming To Dinner, In The Heat Of The Night, To Sir With Love. A trailblazer, a recipient of the Presidential Medal of Freedom (before it got tainted), a famed battler against Mecha Streisand, and an icon and star in the truest sense. Sidney Poitier was all of it. Farewell and rest in utmost peace, Mr. Tibbs.

So much for a Happy New Year. At least the Golden Girls are reunited again, some funny tweets came out of it, and she singlehandedly made People ragazine look foolish (yet again). Queen!

Her many contributions to entertainment shall not be forgotten. Thank you for gracing this earth that didn’t deserve you, Betty! Rest in eternal peace.

Out of all the tributes on this now-20th anniversary of 9/11 (20 years already?! I was just a senior in high school then!), this one managed to warm my cold heart!

Pictured here is Bretagne (pronounced “Brittany”), with her handler Denise Corliss, a first responder, at Ground Zero. I first heard of Bretagne’s story via Reddit (*warning: the picture in the link will get you by the feels) and read more about her here. That she also was a search dog during Hurricane Katrina is proof that us wretched humans don’t deserve pups. She was the last 9/11 search dog standing until she went to doggy heaven five years ago. Like the victims of 9/11, Bretagne shall remain dearly missed and unforgotten.

In less than ten hours, I’ll be having my wisdom teeth yoinked out of my mouth, and I’m likely to be out of it the rest of today. You best believe I stuffed myself for dinner like I was training for the Eating Olympics (which is also how I normally eat), because I also have to fast for this shit, and then switch to cold baby food for the next week or so. I also have to abstain from all my crispy, chewy, and spicy foods for a little while. But at least I never had to sell my nudes to finance this surgery!

Also, um…as soon as as as possible possible?! 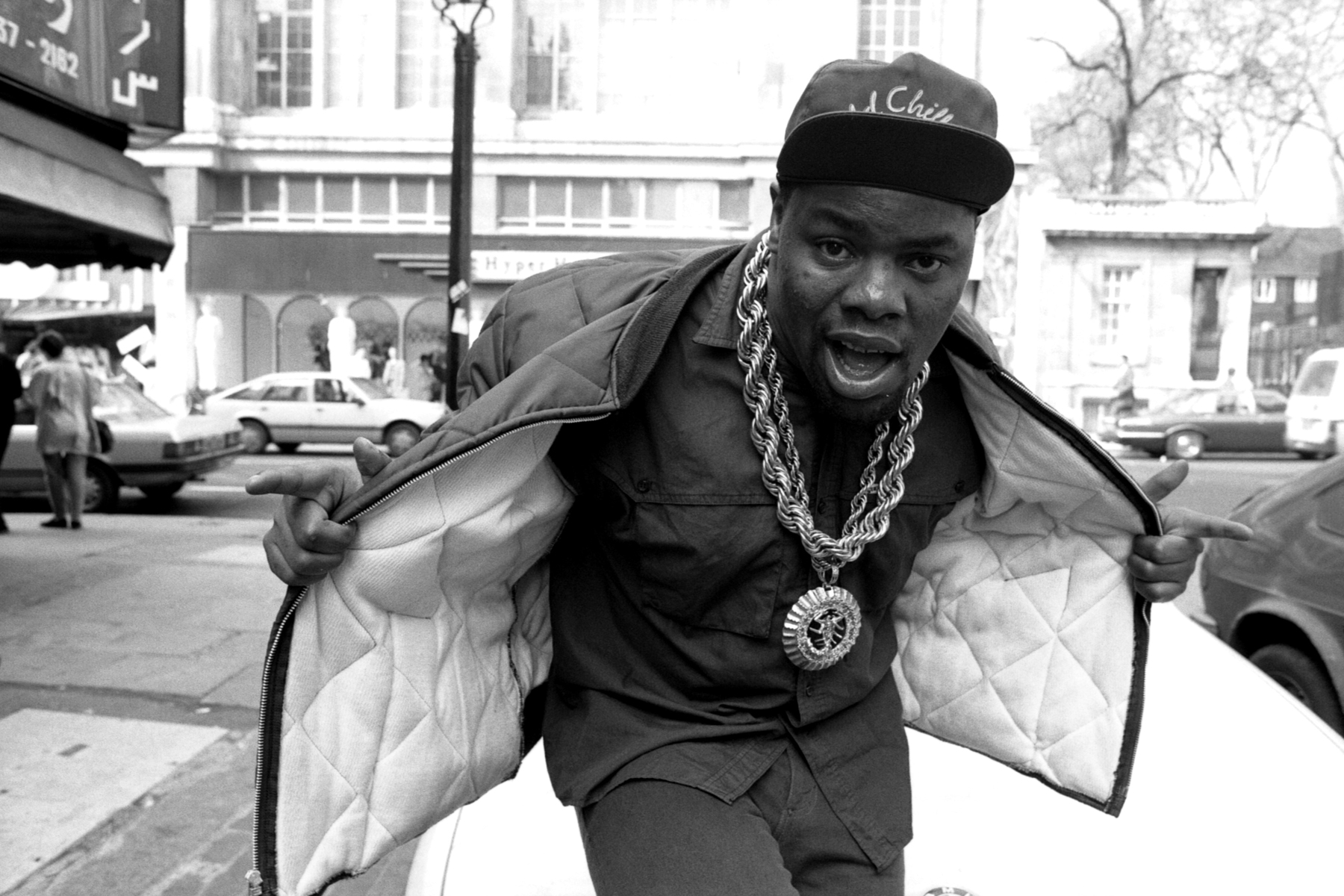 Yes, I first heard of him from that “Just A Friend” song (via Beavis & Butthead, of course), but if that’s the only song you know of his, you’re missing out!

Also, the Verzus between him and Shock G up in Rap Heaven is gonna be fire.

I had some entries that I was supposed to finish/write up, but Yours Bitchy got busy as of late. (“So what’s new?”–you). I’m also worn out from doing some moving crap (not moving out of my apartment, just moving my stuff out of a storage unit to another), and I’m back to making dat massage money again. So, I’m condensing all the shit I had no time to post about here.

I had a long unfinished rant about Billie Eyelash’s (typo stays) quick 180 from Hot Topic poster child to bored brothel worker from the 1940s for UK Vogue. Then I realized that editing the word count of my story was the more interesting project to work on. All I will say about her new look and attitude for now is that she’s young, female, and in the music industry. And if you’re familiar with how that industry has done young female artists in the past 20 years, you should know what I’m talking about.

By the way, what is up with some of these chicks and guys today trying to be sexy but looking like the Unisom hasn’t worn off?! There’s a big difference between come-hither and straight-up looking like you need a damn nap. Marilyn Monroe would never.

I’m bad for being very late in this, but better late than never to say farewell to Tawny Kitaen, who passed away this past weekend. Because I’m familiar with the sophisticated subject matter that is 80s/90s Bombshells, Tawny’s name, even if I go months without hearing about her, rings a bell with me. She was THE hottie for all those Whitesnake videos back in the day, people! Nowadays, chicks get labeled a hottie if they look generically hot and twerk on their TikTok. It remains to be seen if they can live up to Tawny’s legendary video vixen status, however. (spoiler alert: they won’t)

You know that’s also how she made her entrance into the pearly gates above.

In happier news, I got tipped a delectable $100 for this couples massage I did recently. (Vibrator-spending money–yay!) This couple is loaded–fancy gated home with a guest house that has three flat-screen TVs (!) in their living room (I know this because that’s where I massaged them) and all that good shit. My experience when it comes to tips from massaging “rich folk” is hit or miss, though. Some tip well, and others are pathetic AF tippers. For the latter, that’s one reason why those rich bitches stay rich. Luckily, the couple I saw was not one of those types.

In happier news not related to me, my Butterfly Hello Kitty queen got her second shot last week! The Vaccination of Mimi has begun!

Vaccine..PART 2! Would I EVER walk into this lighting for no reason??? 🙄 pic.twitter.com/U4IDDZ1fzX

In honor of underrated rap legend Shock G of Digital Underground going up to rap heaven to cut tracks with 2Pac again, I’m gonna put on some fake glasses and a big fake nose, and doowutilike today. Like getting busy in a Burger King bathroom. (Assuming my nearest one is not currently occupied by a homeless person.) 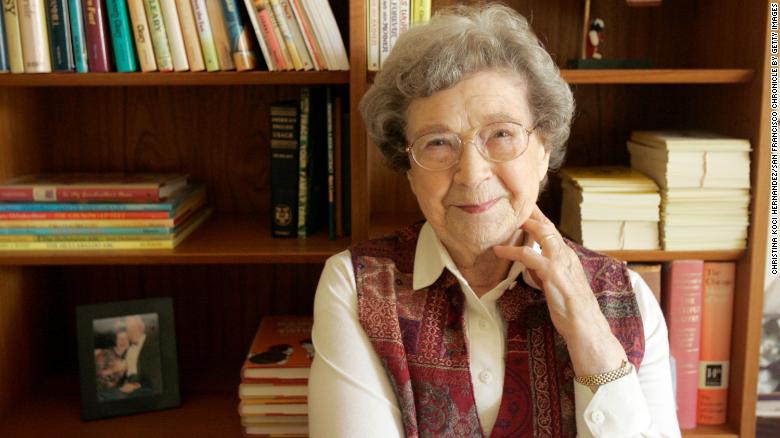 First Lucille Bluth leaves us and now one of my favorite children’s book authors?! Altogether now: noooooooooo!!! Why why whyyyyyyyy.

Rest in heavenly peace, Miss Cleary. Your books were part of my childhood, and you led one amazing and long life.

It’s the end of an era, y’all. If you walked into a Fry’s Electronics recently, its sales floor of near-empty shelves and totally-absent helpful customer service was, without question, the clear winner in the Bleak AF Retail Store Pageant (with Sears as the close runner-up, of course). But if you remember shopping there during Fry’s heyday back in the 2000s and early 2010s, you remember the good times. Electronics galore to make a tech whore cream, their mini home theater rooms where couples would makeout while some movie played IMAX-level loud, their actual good deals (I scored a 1TB internal hard drive there for $50 years ago, and that was super-cheap compared to the going prices of such items then), and, in certain cities, their quirky storefronts! (Pictured above is their San Jose location.) Basic-ass Best Buy could never do cool shit like this.

It was also the only retail store where you can pick up a MacBook, a Blackberry Curve, and “Busty Brunettes #3” all at the same time, thanks to their oh-so subtle Adults Only section. (And, no, I wasn’t reading my Fry’s receipt from the Concord location back in June 2007, I swear.)

You will be sorely missed, Fry’s. But can you stay open for just an hour longer before joining Sports Authority and Toys R Us in Retail Store Heaven? I gotta see if you got some cameras for cheap. Better if they got that “Reduced Price” sticker on the box! (I lived for their “Reduced Price” items.)