All you need this Monday is the music of today’s birthday queen, Lil Kim!

And to all the bad girls out there…

Whyyyyyy this wasn’t publicly released is a shame!

In honor of the Warriors reclaiming their crown again, this weekend’s playlist is all about the Bay Area’s finest rappers of the 1990s! (What, you really think my forever-nostalgic ass was gonna post some recent shit?!)

True story: some creative kid back in my 6th grade music class played that beat on the piano. All I could do was just whistle it, albeit crappily.

Note: this got accidentally posted earlier today when I thought I had this reset from “scheduled to post” to “draft” (I had to edit more stuff). WordPress’ fault!

After witnessing patriarchal fuckery once again being upheld in the past few days (and knowing it’s gonna happen again later this month…and likely later this year), fuck being good and nice to those who want us women reduced to chattel. The theme for this weekend’s music is, once again, all about bold, bad women, made by bold, bad (in a good way) women!

Ah, Queen Eartha. I’m sure she made puritans back in her day clutch their pearls with this song.

Ooooh, the lyrics to this song. Sing it with me: “I’m so sorry if I’m alienating some of you/Your whole fucking culture alienates me…”

The “Tank Girl” soundtrack introduced me to L7, and they’ve since earned their place as one of my favorite girl bands.

“Bad girl of the year, 96 Pam Grier”–aww yiss, Foxy. I sometimes think this video influenced the 1996 movie Set It Off (a great bad girl movie, by the way!) You know the concept of tough women robbing a bank wouldn’t fly today. Total probably would’ve been told by higher-ups that they should let men rob the banks while they sing in thong bikinis and a pound of makeup and hair extensions.

Not only is this video so damn stylish, but if you know the message behind this song, it makes it even more badass.

This underground mid-90s dance track may the least known out of all the songs in this post. Nonetheless, I’m always down for 90s dance with a title like that. I found this on one of the many 90s House Music compilations I own, and while I liked the original version, this remix sounds bitchier. Love.

For this holiday weekend, let us all do the locomotion under raining glitter in honor of the Impossible Princess who’s had us spinning around with fever over the past 30+ years, today’s birthday queen Kylie Minogue!!!!! We should be so lucky to have this modern-day Aphrodite in our timeline, for her music that we can’t get out of our heads, showgirl style, and golden personality has us all wanting more more more.

Now get outta my way ’cause I wanna hit the dancefloor with these tunes.

This weekend I rallied for women’s abortion rights, didn’t get much sleep, worked a long day at the spa again, and did my laundry and cleaned my floors after working said long day at the spa so I can have another lazy Monday. But all I want to do is share the following two things:

This superb sign from the Oakland Bans Off Our Bodies rally. I also got to see the mayor of Oakland speak, some women dressed as handmaidens from The Handmaid’s Tale (it’s not a pro-choice rally without it these days), some cute dogs, and a homeless but harmless drunk sitting with the crowd talking to himself while speakers shared their abortion stories.

My song of the week:

Why this jam? Yours Busy-as-hell will get to be lazy as hell till next Tuesday, for I’ll be taking a break from work starting today. I’m on Spring Break, bitches! 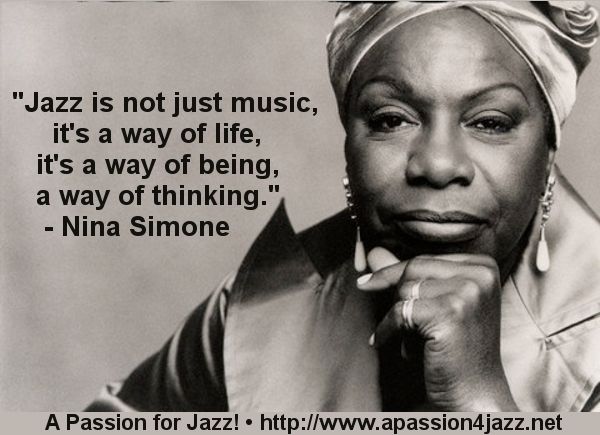 In honor of this day, here are some more of my favorite jazz tunes!

If you aren’t like Billie when Lester plays his sax at the 1:28 mark, something is wrong with you.

Also worth your time is Ken Burns’ Jazz documentary. Most of the episodes happen to be on YouTube (for now), but the juicy parts (IMO) are in the missing segments. It’s all on the PBS app, though, so if you’re a jazz fan but aren’t yet supporting your local PBS station, do so right away and go watch that doc!

My line of work usually has me working on weekends, but since I’m off on Saturdays at the spa I work at, which will also be closed this Easter Sunday, I get to have the one thing those Monday-to-Friday work slaves have been enjoying for years: a weekend off!! It’s an extended weekend for me, as I usually start my work week on Tuesday, so you know I’ll be making the most of this precious time off.

In honor of this no-work weekend, here are some of my favorite weekend-themed songs (with a dance twist)!

And, of course, this classic of all classics!

For this week’s Throwback Thursday, let’s go way way back and swing it to the music of Lady Day, the queen of jazz, the one and only Billie Holliday!

Today is also her birthday, and how I went two-plus years on this blog without posting a single song of hers here is beyond me.

Who cares about tonight’s Oscars (it’s still a thing?!) when a far more important and actual relevant event is occurring today: the born day of My Butterfly Rainbow Hello Kitty Queen, Mariah Carey!

This time, let’s flip the script and spotlight my favorite remixes of hers…

Only a true music legend can remix a ballad to a hip-hop jam flawlessly, get the artist whose song inspired your remix in your video, pioneer the trend of pop star/rapper collabs (and still do it better than those a generation younger than you), and look stun in a tube top and miniskirt and fighting your evil twin in white goopy stuff.