Thirty years ago, I worried over getting head lice and missing the latest episode of Clarissa Explains It All.

Twenty years ago, I worried over Finals, which college to go to, and missing the latest episode of Buffy.

Ten years ago, I worried over doing well at my first massage job (that I would eventually quit) and missing the latest episode of Drag Race (dat season 4 brought the drama).

Never during these times did I worry over my reproductive rights being threatened to where a rotted corpse gets better government treatment than I do.

You think that in the year 2022, I should be worrying about flying cars being safe to use and which chrome-plated dress I should wear to the club where I’d get to dance with robots. Instead, I’m worrying over losing my right to an abortion if I needed one because some ass-backwards, out-of-touch, Bible-thumping cuntbeasts in the Supreme Court want to take us back to 1822. Since wishes don’t really come true (including mines of, among my many other wishes, getting rid of all the conservative scabs some people call justices), I’ll be doing the next best thing later today: attending my local Women’s March to support the fight in keeping Roe v. Wade the law of the land!

Why didn’t I think of that for my protest sign?!

In honor of International Women Day’s today, I want to spotlight on an underrated topic amidst the ongoing chaos between Ukraine and Russia. If you think it’s only been men battling in the war, you’ve probably been looking at Reddit way too much. Here are a few Ukrainian women who are choosing to put their lives on the line and defend their home country from the oppressive forces led by rat bastard extraordinaire Putin. 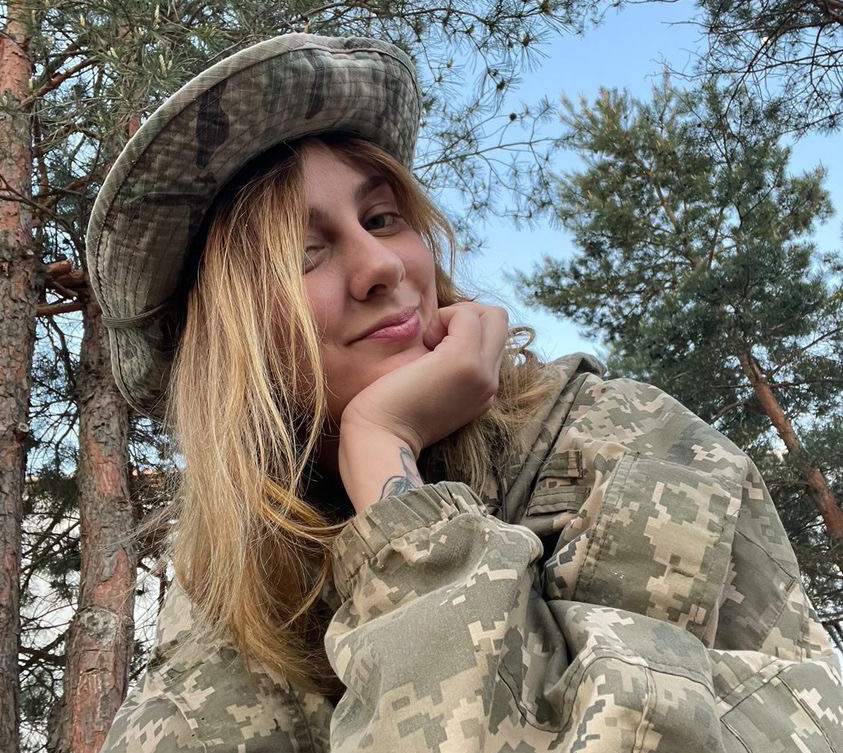 (From Vice) “The risk of saying goodbye to life is always there. We are not afraid of death; we are afraid to be slaves,” Kristina, who withheld her last name and location due to safety concerns, told VICE World News. “I will be on my land to the last.”

(From Business Insider) (Former Miss Ukraine Anastasiia) Lenna added, “Anyone who wants to join the defense of security in Europe, the world can come and stand side-by-side with Ukrainians against the invaders of the 21st century…”

And if you think going into battle is strictly a young person’s world, tell that to this fierce meemaw:

(From Sky News) Valentyna Konstantynovska lives in Mariupol and attended military training on Sunday so she could learn how to defend herself…”If something happens, I will defend my home, my city, my children…I don’t want to lose my country, my city.”

Ya know, if and when I get to 79, I hope my future sagging fossil ass doesn’t have to worry about preparing for a deadly invasion. I’d rather worry about my dentures staying put while I nosh on my bacon and eggs, keeping my red wig in check (I’m likely going to be an old vain ho and don’t want any gray hairs showing, but will get lazy in coloring my hair), and if the 2063 SF Giants will win the World Series (they better!).

I hope these women, as well as the brave Ukrainian women and men currently in combat, are safe and still kicking ass.

And on a day when this scumbag gets indicted!

Now if the courts can go after her abusive leech of a dad, that would be swell. Also, she should dump that BF of hers. He’s pretty sus, if you ask me.

I hope Brit-Brit gets to live her life her way from here on out, and that she and her kids are happy and safe.

Out of all the tributes on this now-20th anniversary of 9/11 (20 years already?! I was just a senior in high school then!), this one managed to warm my cold heart!

Pictured here is Bretagne (pronounced “Brittany”), with her handler Denise Corliss, a first responder, at Ground Zero. I first heard of Bretagne’s story via Reddit (*warning: the picture in the link will get you by the feels) and read more about her here. That she also was a search dog during Hurricane Katrina is proof that us wretched humans don’t deserve pups. She was the last 9/11 search dog standing until she went to doggy heaven five years ago. Like the victims of 9/11, Bretagne shall remain dearly missed and unforgotten.

If you’re a CA registered voter but haven’t received your ballot, put an awful hex on Louis deJoy and head out to your nearest polling place, which will be open tomorrow through election day.

*I’m very aware that this state has our share of crazies. *side-eyes Central Valley and northeast CA*

It took a little over two years since the start of this blog, and I’m sure some basics on social media have amassed more followers in far less time, but hey! And I didn’t have to buy my followers either! Given some of the shit I’ve ranted about in the past, I’m kind of surprised I got 50 followers.

Time for a happy twerk!

I’m currently watching classic Beavis & Butthead, by the way, which influenced my choice in GIF.

There are three weeks left till the GQP-backed nuisance that is the California governor recall happens. Why are us Californians dealing with another anxiety-inducing election, and in less than a year. *smdh*  Californians, if you don’t want Florida west to become a reality, fill out your ballot and…

And mail it back or drop it off at your nearest voting box, of course.

While I have a soft spot for delicate roses of the 80s like Angelyne, I’d rather spare her the trouble that is politics in general. Her regular job that is living the good pink life in LA is a lot more stress-free.

Confession: Juneteenth was not something I was familiar with until last year. It was not taught, let alone mentioned (AFAIK) during all my years of grade school and college. So if you’re like me who was once clueless over the subject, this video does a very good job in explaining it all. And always read the fine print in things!

I have to wake my ass up early for a tech study I’ll be doing in less than eight hours from now. But I’ll always have time to wish my blog a happy cake day! It officially enters its terrible twos today, meaning there will be more whining and tantrum-throwing in my posts! (Assuming I’ll have time to post it all.)

I ended last month on an important message, and I’ll do the same for this month!

Dame is the man.

And, because today is Trans Day of Visibility… 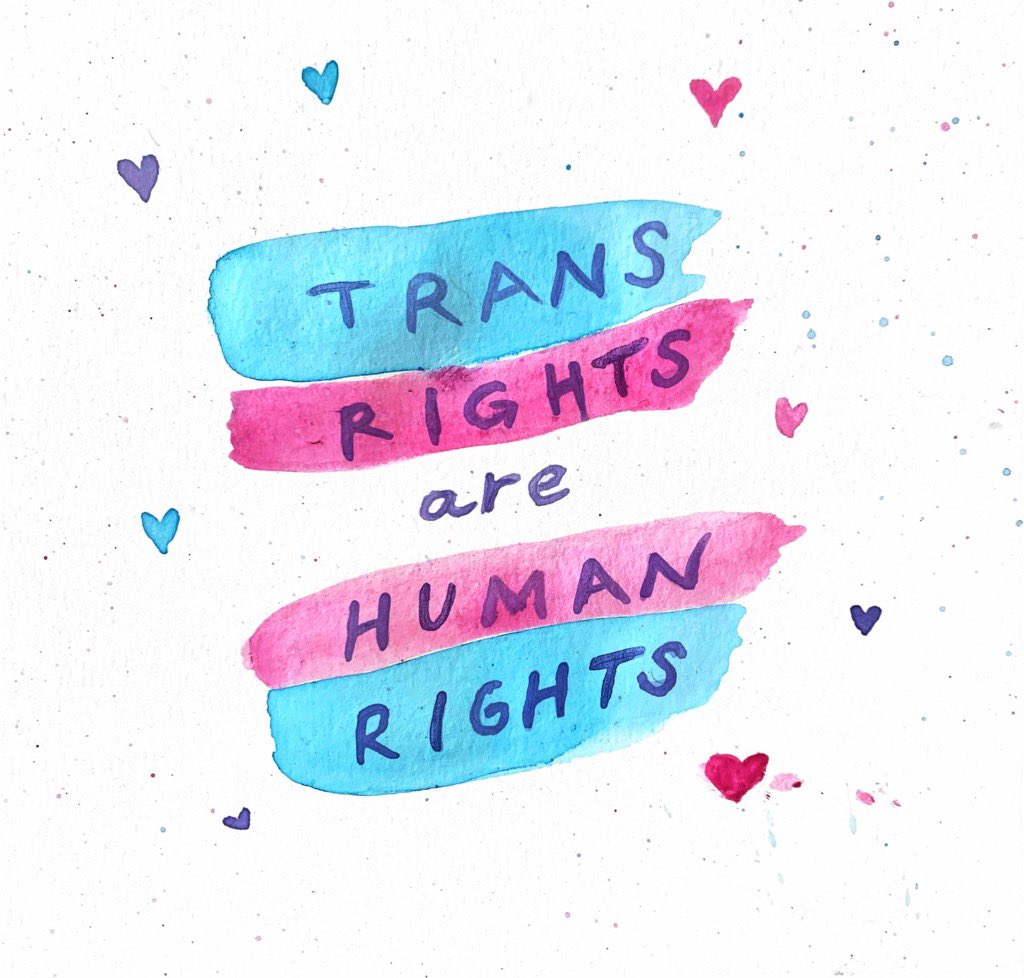