I’ve been busy with stuff both fun (shopping Sephora’s semi-annual sale, getting big money tips from work) and unfun (working long days, tax crap, PMS) that it took me till today to remember that April is also National Poetry Month. Speaking of PMS, I tried finding poems to help soothe the savage beast in me. But I guess the PMS is hitting hard this time around because most of the so-called “rude” and “naughty” poems I saw were as lame as a visible zipper on the back of an otherwise pretty dress. (I hate seeing that shit on clothes!) I read this poem about a “bad girl”, which starts off with her knowing she’s a baddie but then wants to be “helped” from her bad self in the end. Puh-fucking-lease. (Also, who’s the guy who wrote that?!) Real bad girls never ask to be rescued from their badness, honey. Well, guess I got another poem to write up.

In the meantime, enjoy these poetic picks of mine! 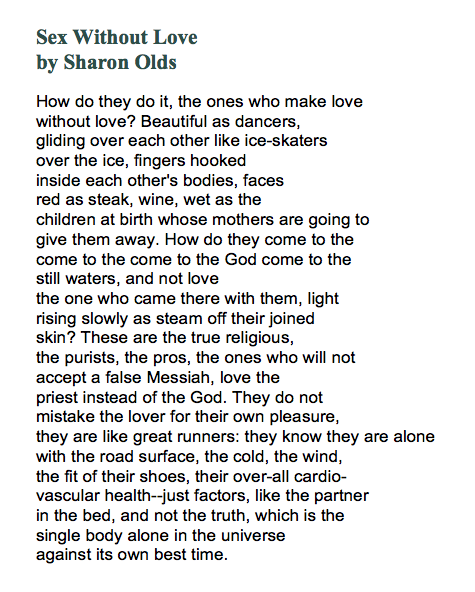 Side note: I’ve long admired the work of Sharon Olds since I picked up “Strike Sparks” back in college. 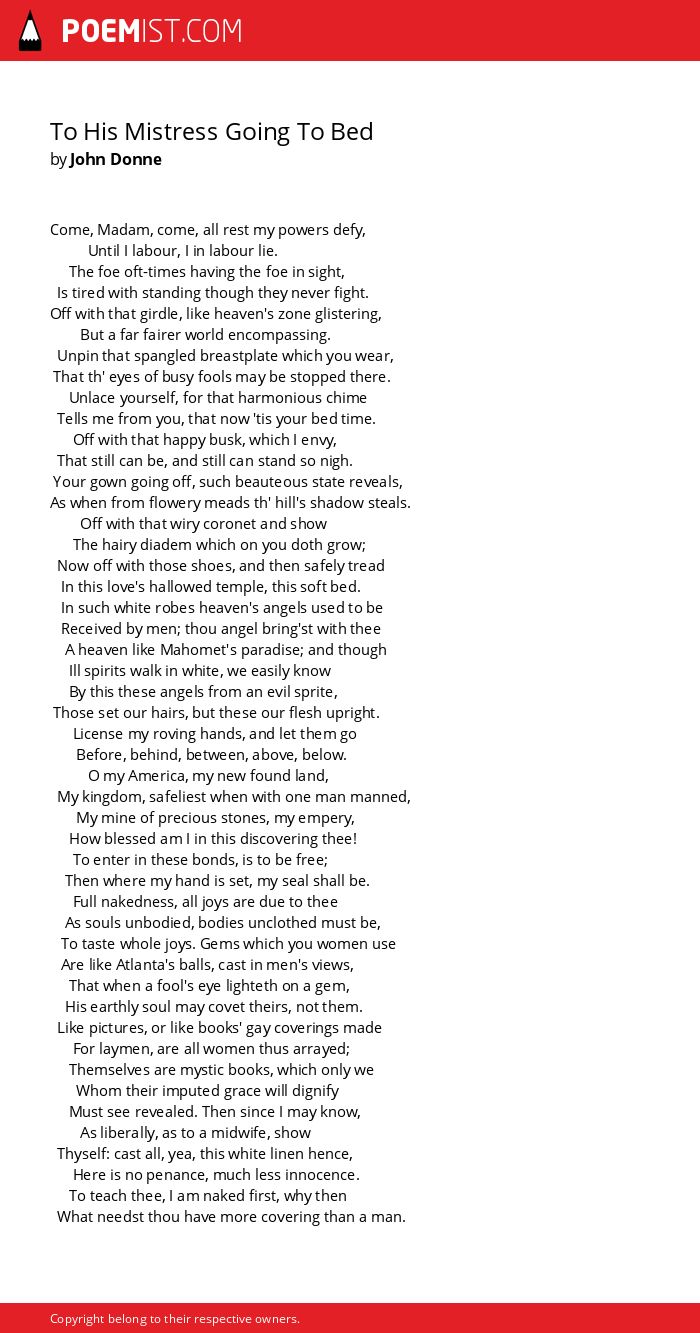 Mmmm, prurience from the Renaissance!

And, because I need my Dorothy Parker fix… 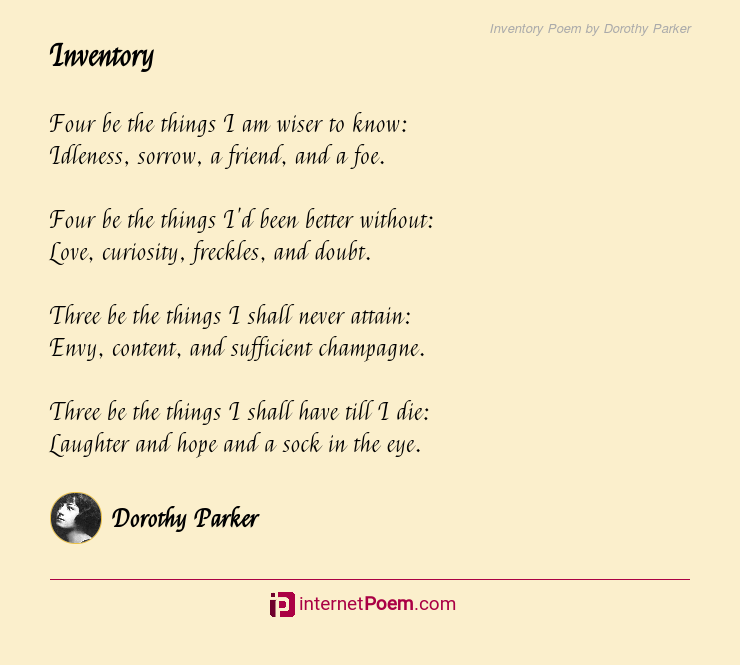