Skip to content
some chick (who has no chill) FASHION!, throwback thursday December 23, 2021 1 Minute 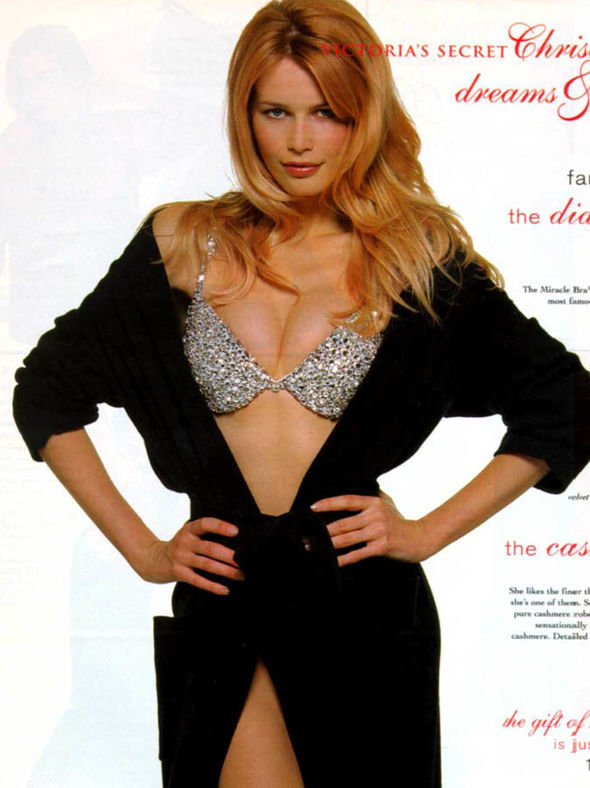 This week’s Throwback Thursday is not only fulfilling my need for vintage eye candy here, but also celebrating the 25th anniversary of the most ridiculously expensive tit cups to ever be created: the “Fantasy Bra” from Victoria’s Secret. It was first introduced on the chest of supermodel Claudia Schiffer (above) for VS’s 1996 Christmas catalog, with a price tag of a million dollahs. According to VS’s Wiki, only two of those gem-covered creations have been sold to this day, and 2018 was the last time the Fantasy Bra was featured. Don’t expect the bra to come back anytime soon, as VS has since underwent a brand revamp that does not include their Angels and fashion shows.

Ideally, my fantasy bra would be the hands of a longish-haired Playgirl centerfold gently cupping my chichis (at least there won’t be any side bulge!), so a million-dollar bra covered in diamonds and gems is fine if someone gave me a mil to buy it. I don’t even know if I could afford a cubic zirconia-covered bra. Like 90s supermodels, the Fantasy Bra was at least purdy to look at.